Hello fellow bloggers.  It’s been a lazy summer, at least for blogging.  I haven’t been around much to write or read.  I’m hoping to change that soon.  I’m not working too much but with the work I do have, I’m pretty busy with prep so, by the time I’m done, I still have all of my home stuff and exercise to do.  It’s not leaving room for other things like writing.  But I’m making time now.

I’d like to start with the blogging challenge from Nancy’s Point, one of my favorite breast cancer blogs.  Last year I wrote random facts about myself so I will try to be innovative.  I’m pretty much an open book.  But, here it goes.

Now for some of the stupid, breast cancer related shit I’ve been dealing with.   For the last (almost) 2 years, I’ve heard and read about women complaining about treatment related weight gain, whether it be from chemotherapy or tamoxifen or other drugs.  I’ve considered myself among the lucky.  I managed to lose a little bit of weight during chemo (not much and it was because everything tasted gross) and, even on tamoxifen, I managed to drop one size last summer due to exercise and healthy eating.  After my DIEP Flap reconstruction this year, I decided to be a little lax with my food choices.  That, mixed with not moving around much led to some weight gain.  I knew that was going to happen but I figured I’d deal with it when I recovered.  What I didn’t take into account or realize was that my new medication, Zoladex, could also play a role in weight gain.

When I tried my summer clothes on this spring and realized just how much weight I truly gained, I decided to take  my health very seriously.  I began exercising 4-6 times a week, eating smaller portions and eating more fruits and vegetables.  I figured that, by mid-summer, if I kept this up, I’d be back to my previous weight and down some more.  After 2 months of consistent exercise and healthy eating, I didn’t notice too much change in my body so, I decided to weigh myself again.  Not only had I not lost weight, I had gained 6 pounds.

Let me tell you what upsets me about this.  Aside from my feelings about my physical appearance (which I do not like right now), I’m really pissed about my lack of control.  You see, I hate running.  I hate it!  But it’s all I really have the time and money for.  It’s free and I can be outside.  But I hate doing it.  What I loved about it was that I felt like I was taking control of my health.  When it comes to breast cancer, there is so little we have control over so when I can control something, I feel omnipotent.  So, to find out that I have been working so hard and that it has yielded no results, well, I lost my shit.

As my therapist commented, “it’s a bitch and a half.”  To work at something day after day.  Something that all the books and magazines PROMISE will get you results.  But I am the fucking exception to the rule.  Hard work is not rewarded when you’re on an ovarian suppressor or dealing with other breast cancer treatment. 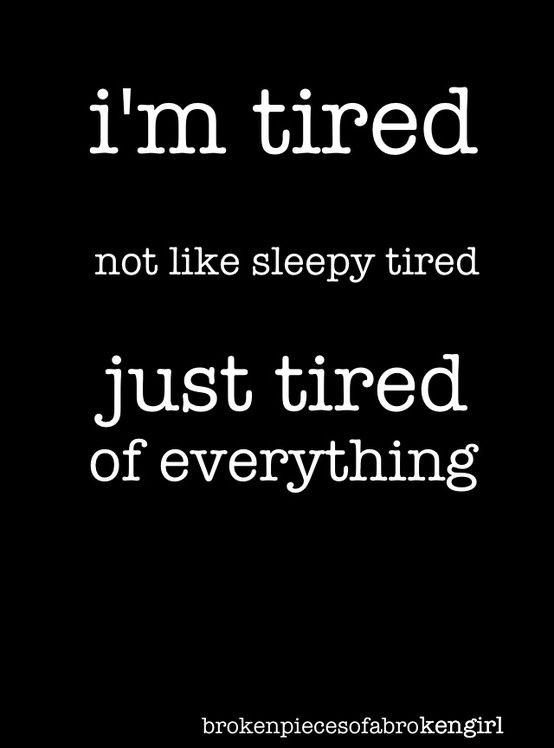 I’ve been debating whether or not to write about this here.  This is a breast cancer blog, after all.  But after the two shootings of black men by police officers this week and then the murder of 5 police officers in Dallas, I realize that I can’t remain silent.

For those of you who don’t live in America and might not know what I’m talking about, there were two shootings of black men by police officers this week.  This is not something that is new in our country, unfortunately.  The systematic abuse of power by the police and our justice system has spurred a movement called #BlackLivesMatter, to try to bring about change in the way we treat our community of color.  What made these two shootings unique is that they were both caught on camera.  Well, the shooting of Alton Sterling was caught on camera.  The video of the shooting of Philando Castile begins just after his shooting, but we watch him die.  His girlfriend recorded the whole thing.  Her 4 year old daughter was in the car and witnessed the shooting.  It’s terrible.

In the last three days, I have seen an uproar in this country unlike I have seen in a long time.  We’ve been angry before, like with the murders of Trayvon Martin, Eric Garner and Sandra Bland, to name just a few.  But nothing like this.  Our country is in pain.

Cancer in the body is a big bully, a cell that deviates from normal, healthy cells that do their job and work in harmony, and gang up on those cells and wreak havoc, disrupting and destroying that harmony. The incidents this week have got me thinking about the problems we have in this country.  It made me think of our country’s cancer: racism.  I think, as a whole, there are a lot of amazing and wonderful people in this country.  People who want to live the American dream but in harmony with others and by benefiting others.  Then you have those that are the cancers of our society.  The ones who are power hungry, fearful and bigoted.  They have been overpowering our country and it’s time we’ve ended them and their ideologies, like we do cancer.

In America, it is not safe to be black.  It is definitely not safe to be a black man.  This is not new.  But now we have very clear video to prove it.

“But Carrie, this is a breast cancer blog.  Shouldn’t you be talking about breast cancer and not the murder of black men in America,” you ask?  To that I say, sure.  Let’s talk about breast cancer and race.  According to breastcancer.org, white women are slightly more likely to develop breast cancer.  However, black women are more likely to die from it.  In fact, according to an article published in Time Magazine last year called What Race Has To Do With Breast Cancer, “Among the 102,064 women across a broad range of social, economic and cultural strata from 18 different cancer centers who were diagnosed with breast cancer, African-American, Hispanic, Asian and American Indian women showed 20% to 60% higher rates of diagnosis with stage 2 to stage 4 breast cancers of any type compared to Caucasian women. The risk was highest among African-American women, who had a 40% to 70% greater risk of being diagnosed with stage 4, the most advanced, of any type of breast cancer, compared to white women.”  And while genetics play a factor in this statistic, so do social factors such as income and access to healthcare.  Many have less access to breast cancer screening and are not offered the same level of care.  The article states that while these women might get a mastectomy to remove the tumor, they might not be getting the follow-up treatment such as radiation, like their Caucasian counterparts are getting.

What do we do about all of this?  That seems to be the big question going around.  “What do we do?”  Many of us are feeling helpless and desperate.  As a white woman, I come from a place of privilege that I get to sit here and feel that.  I know that.

I’m not sure what to do.  I don’t know what I’m going to do.  I hope that writing about what happened this week for my breast cancer community to read is something.  I hope that it sparks thought and conversation.  I hope that it helps us question our society and advocate for the type of America we all want to be living in.  I hope it means we don’t remain silent.

We are often called “warriors” for fighting our cancer.  Whether we like it or not, that is how we are seen.  Maybe we see that in ourselves.  Maybe not.  But, you’ve got to admit, a breast cancer survivor is a force to be reckoned with.  We have a fight in us.  We have power.  What would happen if we took some of that fight, some of that power, to kill America’s cancer too? 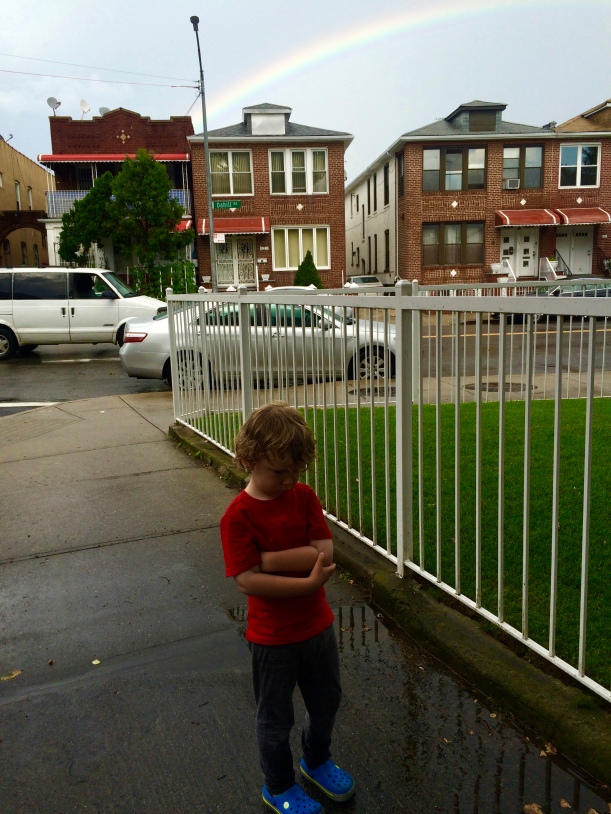 Oliver did not care for the rainbow (actually, he just didn’t want his picture taken).

When you make ice cream for dinner!!!! 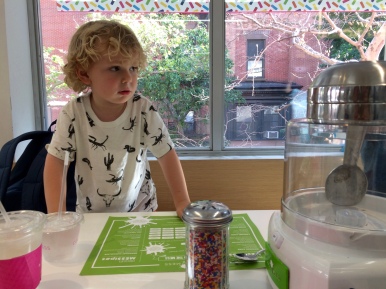 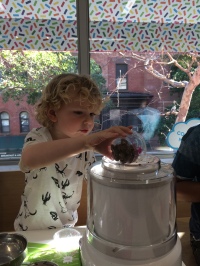 We each had three bowls!  YUM!