This year I decided that I would not even think about Pinktober.  I have written about it for the three past years and I don’t feel like I have any new thoughts on the subject.  Of course, I saw Pinktober stuff; lotions, bagels, moving trucks, t-shirts at breast cancer awareness days at schools…but mostly I escaped without having to deal with it at all…until last weekend.

Ken, Oliver and I went apple picking in New Jersey as we do each year (usually we go with friends but Oliver got strep throat on the planned date, so we went on our own).  It was a hot October day but we had a great time and got lots and lots of apples.  Then we went to a restaurant that we often go to in the area because they have a good kids menu, lot of adult selection and the quality is good (we’re food snobs).

I ordered something unusually fatty, a fried chicken sandwich with prosciutto and mozzarella and fries (I never order like this) and Ken got a burger.  When it arrived at the table, I didn’t notice anything alarming.  I was so hungry that I just pulled the pick out of one half of my sandwich.  But then Ken said to me, “Carrie, do you see what’s in the sandwich.”  I was like, “huh?”  And then I saw it.  My jaw dropped.

Two picks on each half that said, “Save the ta-tas.”  One for each boob!  I couldn’t believe it.  Why would they put this in my sandwich?  Why?  If you really want to do breast cancer awareness at your restaurant, fine.  I really don’t have a major problem with it.  If you want to raise money along with that awareness, I’ll cheer you on.  But that’s not what this was.  This was two sticks that made a joke of my disease.  I was livid.

I decided not to say anything while I was there, mostly because I didn’t want to make a scene or make the server uncomfortable, which he didn’t deserve.  So, I ate half my sandwich and we left.

The more I thought about it, the more upset I got.  The more I felt like these picks were inappropriate, especially coming stuck into my meal.  So I wrote a letter on their Facebook page.

These little sticks came with my meal today. I am a young adult breast cancer survivor. I want to say that I think that when you bought these, you were thinking that they equated to support. Support is wonderful. But this is not what support for breast cancer looks like. This is sexualizing our disease and it’s offensive, inappropriate and ill informed. And to stick this message in my sandwich is just in bad, bad taste.

Also, why “save the ta tas?” Why not save lives?

Breast cancer is not cute, funny or sexy and nothing you do can make it that way. In fact, 1 in 8 women will be diagnosed with breast cancer in their lifetime. 114 men and women die from metastatic breast cancer every day. And even when we get mastectomies, chemotherapy and radiation, the cancer can still come back and kill us by moving to the bones, brain, liver and lungs. Early detection does not save breasts. It can catch the disease early but that’s not a guarantee. So, “save the ta tas” really doesn’t make any sense.

Please consider how sticking these stupid little signs in a sandwich can be offensive and traumatizing. Even if that’s not what you meant to do.

They ended up responding and apologizing for offending me.  The chef is a 5 time cancer survivor and his intension really was to show support.  He hadn’t considered the fact that these might be traumatizing to some.  They agreed to take the picks off and not serve them again.

Originally, Ken didn’t think I should say anything about these picks but I felt like I had to. Because if I didn’t, will they have learned anything?  Would they ever have understood who ill informed they are?  What they did was the antithesis of awareness.  Awareness should be about knowledge.  Real knowledge.  Not cutesy little slogans

I didn’t escape Pinktober unscathed as I had hoped.  But maybe I helped by saving another woman from being re-traumatized.  Maybe, someone who read the post will think about donating money.  Maybe the chef or other workers will become advocates in the future and speak up about other injustices.   I don’t know.  Maybe I’m being idealistic.  But that’s who I am.

Have you spoken up when confronted with a Pinktober slogan or item for sale that made you red in the face?

How do you handle the onslaught of pink and cutesy advertisements during this month?

On the bright side, here  are some pictures from our apple picking adventure.

There is a sound.  It’s not quite a sonic boom but it’s fast and forceful.  The camera cuts to birds flying out of the trees, fleeing from the danger that the sound must bring.  The camera cuts to me, standing in shock.  As the camera pans to a closeup of my face, you can see tears welling up in my eyes slowing, promising an overflow within moments.  As dramatic music begins to swell in the background, I breathe in suddenly, as if I’d been holding my breath for hours.  Suddenly, a single tear escapes my eye, my face relaxes and the audience realizes that this is a moment of relief.  A release.  That all is well again.

This has been one of my many fantasies that I’ve had about my cords, or axillary web syndrome, breaking or snapping.  I have suffered from persistent and stubborn cording for almost three years now.  And I do mean “suffered.”  While I have had excellent range of motion, the cords have been extremely painful.  Especially my armpit.  Every time I lifted my arm, it was a tight, stretching pain.  I could feel the pull go deep into my chest wall beneath my once upon a time breast and into my scar tissue, down my arm and into my hand and fingers.  Does that make your skin crawl?  Well, it’s not pleasant.  But it was my normal.  I actually got used to being in discomfort.

For those of you who don’t know what cording is, it can occur resulting from a sentinel node biopsy or axillary lymph node dissection during a mastectomy.  One can develop rope or string like structures in your arm.  This can inhibit range of motion and be quite painful.  It is usually diagnosed by a physical therapist or lymphedema therapist (it is separate from lymphedema but can sometimes go hand it hand).  It is posited that most cases for cording resolve within a few weeks to a few months with stretches and therapy.  Read more about axillary web syndrome here.

Then, last week, I was laying on my couch watching tv and I was stretching my arm and with my left hand, stretching the cord as my OT does at her office.  I do this a lot in hopes that it will do something.  It never does.  But last week, out of nowhere I felt the most gentle pop.  It wasn’t even a pop.  It was an effervescence.  And suddenly, in the area where I was experiencing the most pain, the pain was gone.  There was some soreness where the cord had been but the rope like structure in my arm had suddenly disappeared.

I had won the battle but not the war.  There were still more cords.  I still stretched every day.  One day I felt a pop in my wrist by my thumb.  I could always feel several cords there.  The pop felt like when I crack my knuckles (which I sometimes do with my wrist but near my pinky, never my thumb).  When I went to feel the cord, it was gone.  GONE!!!!!!

Then the other day, I was stretching again, and there was a thin cord.  Thin but mighty.  It caused a sharp pain every time I touched it.  But I was used to that pain.  I pulled it.  I tugged it, I dug under it and pulled it up.  Nothing.

But when I woke up in the morning, it was gone.  GONE!!!!!  Another one bites the dust!

I always imagined that when these cords went away, that there would be tears of relief.  But, the snap was so subtle and undramatic, that I didn’t know what to make of it.  With the last cord, I just continued putting cream cheese on my son’s bagel as if it were a normal morning.

I know that there are still more cords that I need to snap.  I can feel them and they are deep in my arm.  Really deep.  But I don’t feel hopeless anymore.  I know that I will get them one day.  My cords might be stubborn but so am I.

Did you have cording?

How long did it take for your cords to snap, if they did at all?

Do you have any magic tricks to make them disappear? 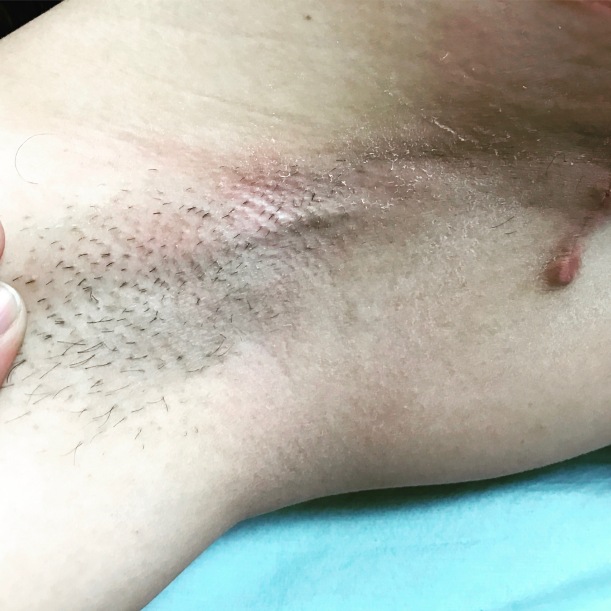 A photo taken of one of my cords. Please excuse my hairy armpits, lol! It was winter and I couldn’t be bothered.

I really, really dislike Pinktober but this pink I’ll take any time of the year.

Happy Thursday!  I hope you all are well. 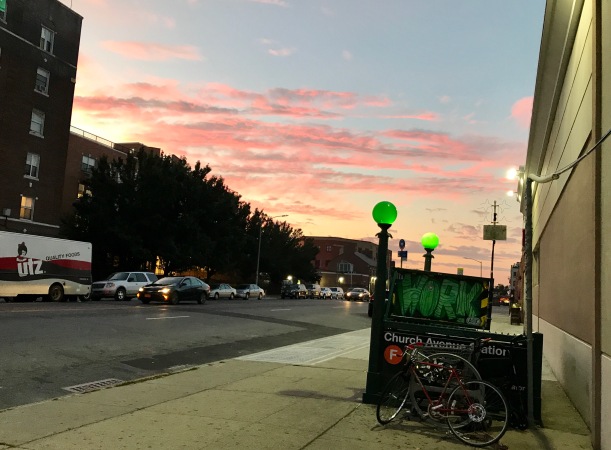 My great Wordpress blog
Woman in the Hat
After 20 Years

Exploring progress in cancer research from the patient perspective

Life after a tango with death & its best friend cancer

My Eyes Are Up Here

My life is not just about my chest, despite rumblings to the contrary.